My name is Jason Dozier and I am the co-chair of a newly formed organization called the Intrenchment Creek Community Stewardship Council. The Intrenchment Creek Community Stewardship Council (ICCSC) is working to restore, revitalize, and protect the ecological health of our south Atlanta communities, but we need the city’s help in holding developers accountable to the damage they’re causing to our environment and to our communities.

Intrenchment Creek is a primary watershed area in south and south east Atlanta, and we recognize that many residents may not be aware of the creek because much of it is buried underneath asphalt and concrete. In fact, that development is a major reason why we see significant flooding in communities like Peoplestown when we have big rain storms. The creek is beneath us in pipes, right under our feet and our streets–but when it rains, the pipes can’t hold all that rainwater and it has to go somewhere. And unfortunately, too often that means in our homes and in our roadways.

In light of that, ICCSC is working to reverse decades of environmental injustice impacting the residents of our south Atlanta communities. Over the past couple of months, our organization has been one of several leading an initiative to ensure that the city strengthens existing legislation aimed at holding developers accountable for the ways their projects can cause flooding and flooding-related displacement in our communities.

We’re proud to have gotten the conversation started, but we still need your help! More broadly, the city still needs your help! Right now, this administration is looking to remove key language from the Section 74-513 – Stormwater Management Standards portion of the proposed post-development stormwater management ordinance which addresses extended detention requirements for stormwater runoff. The stricken-through text is at risk of being deleted from the proposal entirely.

The short version is that keeping the requirement in the proposal would be a huge boon in helping to address flooding issues caused by the shorter, high intensity storms we’ve been experiencing in recent months and years. Alternatively, removing this requirement gets developers off the hook from playing their part in addressing the constant flooding issues that have been exacerbated by their unchecked development.

Earlier this month, we were able to rally community members to contact their city council members about this legislation. But unfortunately, the fight’s not yet over. Per the timeline shared during this ordinance’s work session earlier this month, we believe that the legislation will go before the City of Atlanta Utilities Committee for its “second read” on Tuesday, November 10th, where it will be voted upon to then go before the full City Council. The full timeline can be found here:

While we strongly believe that Atlanta’s existing ordinance has led us to become a leader in the state for how we’ve addressed water quality concerns from stormwater runoff, now we need to strengthen the ordinance to address the flooding and more frequent and intense storms. With climate change, adverse storm and flood events are becoming more and more common and we will need every tool at our disposal. We say we’re a world-class city, and that means we must lead as one.

So we have three asks for you as leaders, supporters, and fellow citizens:

The key to all of this is that we’re all impacted, so any plea to our leaders and our government should be a personal one. And please don’t hesitate to ask us any clarifying questions you might have! We realize that despite its importance, this is a very technically-sophisticated and nuanced issue and some of the terms, values, and principles addressed here may not be readily apparent. If you have any questions, please feel free to reach out to Jason Dozier at jasondozier@gmail.com or 404-913-6419.

Thank you so much for your time and your consideration!

Free Meals For All Students

Meal kits (breakfast and lunch) are available to all students and will be distributed or delivered each Monday from 3:00 – 6:00 pm via traditional middle school bus route deliveries or via curbside pickup at 14 designated sites throughout the district zone. Here is a flyer with information and the sites closest to Wesley. However, you may pick up from any site – no signup or registration required. Please see the sites below:

Please take note of these important details of the new plan:

Please reach out to donica.johnson@wesleyacademy.org if you have any questions.

Please see below and attached for information on an event that will be taking place in early November. Please pass this along to others in your various networks. Thanks!

All the best,
Melissa

My name is Keith Hagood, a Prevention Specialist with Westcare GA. Our Youth Department host A Leadership Program called Youth Community Builders ( YCB), and would like children from our community to be a part of our 2nd cohort!

I have attached the flyers to help promote this group.

We are having an informational this Saturday at 11 am at Westcare.

The Goal of YCB is to empower youth to make a difference in themselves and their community! Our program is designed to engage, uplift, and support our youth to develop their brightest  potential while making the best choices.

The perks of our program include but are not limited:

We are looking for youth between the ages of 13-17 years of age to join our Leadership Program! 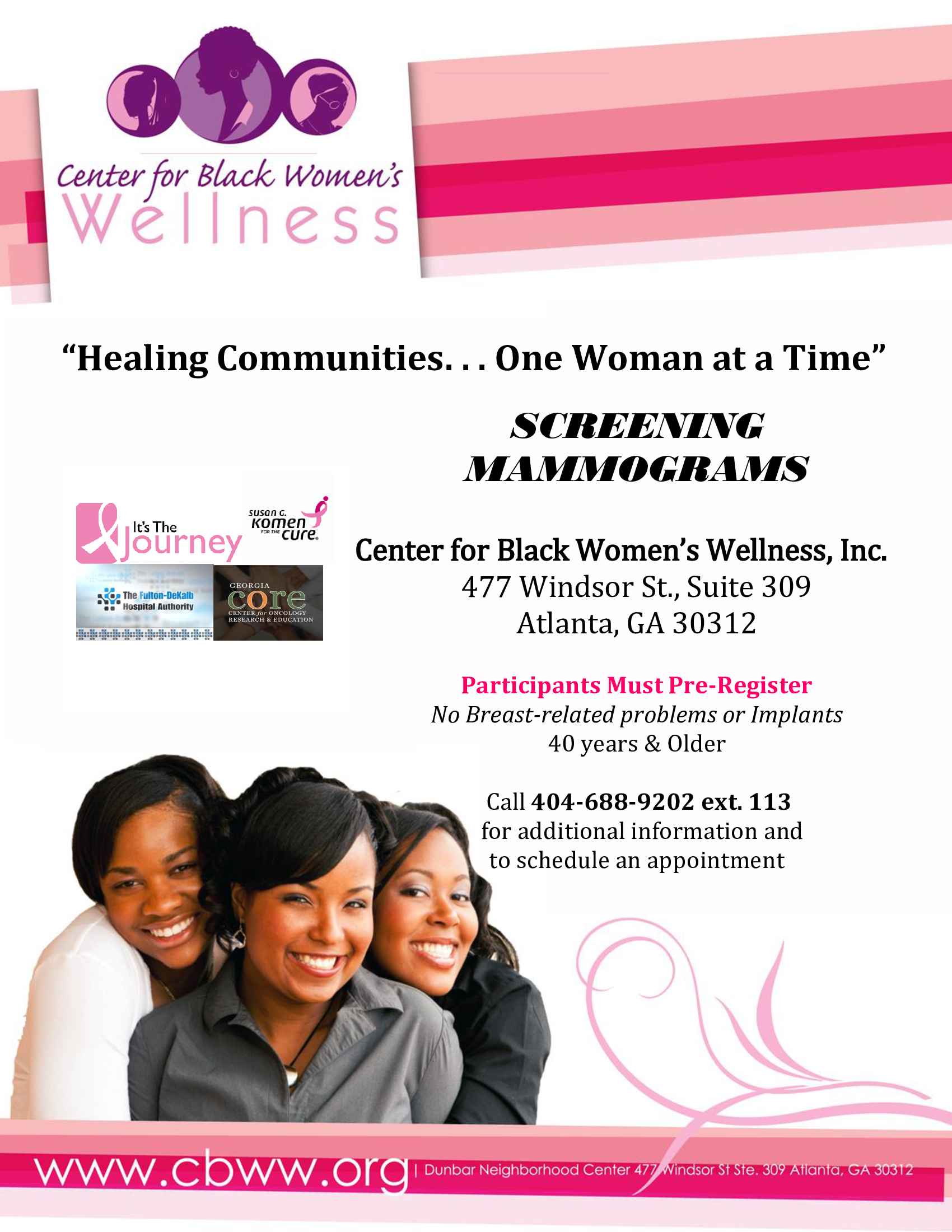 ICCSC is a newly-formed organization working to reverse decades of environmental injustice impacting the residents of our south Atlanta communities. This past week, our organization has been one of several leading an initiative to ensure that the city doesn’t weaken existing legislation aimed at holding developers accountable for the ways their projects can cause flooding and flooding-related displacement in our communities.

We just wanted to extend a big thank you to our community members and legislators who supported our efforts ahead of last week’s City of Atlanta Utilities Committee work session. While Intrenchment Creek communities like Peoplestown bear the brunt of under-regulated development and the poor management of stormwater in this city, this is definitely a citywide issue and your voices were and are greatly appreciated. All in all, we had 33 different community members speak up at public commentary, resulting in nearly an hour of feedback to our city’s leaders.

Note that our work on this is just the first many initiatives we’ll be working to ensure that the city is doing everything in its power to hold developers in check and support our most vulnerable residents. In fact, our next fight on this will be on this particular issue will be on November 10, as the stormwater management legislation goes for a second read to the City Utilities Community. So we’ll be asking for your support again, but if last week is any indication, we’re proud to know that you all have our backs on this.

So thank you all so much once again! It’s amazing to see the city respond to our community’s voices. You can find the video for the work session here (http://ec4.cc/jj8743c2), and the discussion about removed language begins around the 1 hour and 21-minute mark.

And while we haven’t officially launched yet, if you’d like to learn more about the Intrenchment Creek Community Stewardship Council and our fight against attempts like this to weaken the post-construction stormwater ordinance (we’re actually working to strengthen it!), please click here: http://npuv.org/2020/10/07/call-to-action-demand-city-council-stop-flooding-in-our-communities/

Thank you all so much once again!

The meeting will be held TONIGHT on Monday, October 12th, at 7pm via Zoom.  Participants will need to register in advance for this meeting via this link:

If you have questions about the Zoom meeting, please email npuzoomroom4@atlantaga.gov and the NPU-V board Zoom hosts will be able to help.

The meeting agenda can be found here: https://www.atlantaga.gov/home/showdocument?id=48369
The City of Atlanta is divided into 25 Neighborhood Planning Units or NPUs, which are citizen advisory councils that make recommendations to the Mayor and City Council on zoning, land use, and other planning issues. The NPU system was established in 1974 to provide an opportunity for citizens to participate actively in the Comprehensive Development Plan, which is the city’s long-term vision for the next five, ten, and fifteen years into the future. It is also used as a way for citizens to receive information concerning all functions of city government.
See you there!

Since sending you earlier communication it is the request of the author of the legislation to add R-5 (Two Family Residential) District.  Please find attached the substitute paper adding R-5.

The item will appear on your October 2020 agendas for REVIEW AND COMMENT and for a VOTE on your NOVEMBER 2020 agendas. The item will be heard by Zoning Review Board December 3, or December 10, 2020.  If you have questions regarding this legislation, please contact me via email or at the number below.

If the NPU has written comments or a resolution please send to zrb-hearings@atlantaga.gov.  Please add Z-20-69 to the subject line.